Rabbits are fascinating animals that have been domesticated since the Middle Ages. They have a wide range of personalities and behaviors, from being docile to aggressive. The males can be territorial and do not get along with other rabbits, while females live peacefully in social groups.

Rabbits come in a variety of colors, including white, black, orange, brown, and blue. Have you ever wondered what a rabbit looks like on the inside? Or why do they have such long ears? Well, we’re here to answer those questions and more. Rabbits are exciting animals that have some pretty neat traits. Read on to learn about ten interesting facts in detail.

Most people think rabbits can survive on carrots alone, but they prefer other vegetables like weeds and greens. Root veggies are not what wild rabbits eat; the only thing these herbivores love more than grazing is digging through dirt.

While most people enjoy giving their pets some carrots as a treat, it is crucial to be aware of the sugar content and how this can contribute to tooth decay. In fact, 11% of bunny’s teeth will suffer from cavities because they eat so many sweets. If you want to keep your bunny healthy, feed them Millamore complete feed for rabbits. It is specially designed for rabbits up to the age of 8 weeks.

2. Not all rabbits are small

Some rabbits can grow to be downright monstrous, and not all of them are small. The Flemish giant rabbit is an example, and it’s much bigger than other breeds in size. Flemish giant, the world’s largest rabbit breed and one of the most popular breeds with an average weight of around 15 pounds. They can grow up to 2 feet long (60 centimeters), making them perfect as pets! Luckily these gentle giants make great companions because you’ll never need to worry a/’]bout that they will hurt you.

3. Rabbits breed for their whole life

Rabbits are the world’s fastest breeding animals. They reach their maturity between the age of 3 to 8 months. Once your bunny starts breeding, they produce eight times a year for the rest of their 9 to 12 years of age. A doe’s reproductive system is different from humans’ because it doesn’t follow a regular menstrual cycle. Instead, ovulation happens when she gets intimate with her partner for the first time 30 days after conception and then gives birth to an average of four-to twelve kits at once.

Not all bunnies are known as kits; only young ones are called by that name. The definitions for male and female bunnies can be a little trickier. The word buck simply means adult male rabbit while does refers the mature females. The name bunny is not scientific. It’s just what everyone calls them by love, and everybody knows what that means. In order to keep your kits comfortable rear them on Millamore premium bedding so they won’t face any issues related to bedding.

The cute factor of a rabbit sometimes becomes fades against their one habit. While we may find this behavior gross, it’s not just an adorable quirk; they actually need their poop for nutrition. A bunny will eat its meal, digest it pass it out, and then eat it again. This process is quite normal in their daily routine. Rabbits can produce something called cecotropes, which are softer than their normal pellets poop and meant for consumption. Rabbits are considered herbivores, but they have a fast-moving digestive system that can digest plant material much faster than other animals. This way of eating allows the rabbit to absorb nutrients from the food it missed on its first pass through stomach acids.

6. Rabbits are not allowed on ships

Rabbits are so adorable, but they can cause problems like the toughest of animals. A legend tells how rabbits aboard an English ship in the 17th century caused its destruction when it was discovered their chewing led to holes opening up through which water rushed into onboard compartments causing many sailors’ deaths. To that day now, rabbits are not allowed on Brittany ferries.

Rabbits need to groom themselves every day, just like cats do. But unlike their feline counterparts cat, hairballs can often be promptly vomited up after a long grooming session. However rabbits suffer from physical limitations, making it impossible for them even if they want to move backward through their digestive system.

Rabbits are known for swallowing their long fur, which leads to the formation of hairballs in pets. However, rabbits deal with these problems by eating lots of roughage that pushes it through their digestive tract.

Rabbits’ teeth grow like human fingernails, and the only thing that will wear them down is if they eat a diet consisting primarily of plant material. This would be tough to chew on in their natural environment, so it’s no surprise why rabbits have such stubby tiny incisors. Their teeth can grow 5 inches in a year, so any damage done to them can be compensated in no time.

A scientifically proven way to help rabbits with overgrown teeth is by feeding them a diet that includes some form of abrasive material. However, the flip side of this is that domestic animals who aren’t fed these types of foods can suffer from overgrown teeth.

There are even products that are specially made for rabbits to keep their teeth in the ideal size.

Millamore Bricks: These bricks are basically designed for gnawing and chewing.

Millamore Cubes: They reduce stress and are great for chewing and hiding.

9. Their eyes are present on the side of their face

Rabbits may be small and quick, but they’re not as easy to catch. Their vision covers nearly 360 degrees, which means they can see what is coming from above, behind, and even without turning their head. This makes it hard for predators who want an unsuspecting rabbit caught unaware. The only blind spot that rabbits have is in front of their face.

10. They are good jumpers

Rabbits have very strong legs, and they use them very well. According to Guinness World Records, Rabbits have the highest jump reaching 3 feet, and their farthest reach was nearly 10-feet. There is even an international rabbit jumping competition where owners can compete with their pet’s agility by showing how well they can evade predators while jumping high into the air.

As you can see, rabbits are fascinating creature that is worth your time. If you want to learn more about them or even adopt one as a pet, please consult your vet. 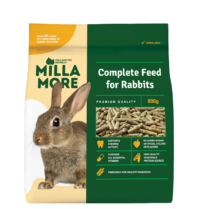 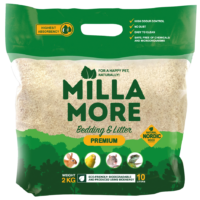 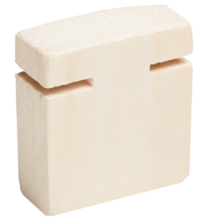 How To Keep Your Rabbit Happy And Healthy

Choosing The Right Bedding For Rabbits

What Kind of Bedding Do Rabbits Need?

Make sure you never have a bored bunny

Get ready for rabbits

Feeding Rabbits and Getting It Right